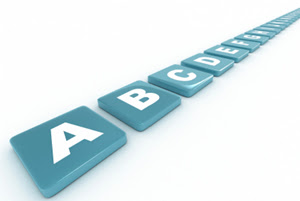 I’m doing it again: the A to Z challenge, in which I’m trying to read alphabetically from A t0 Z, authors and titles. I don’t know if there’s an official challenge out there, but I’ve done it in past years. I sadly fell off the wagon in 2011, so hopefully I’ll do better this year! I hate making lists because I can never stick to them, so I’m going to add to this as I go along.


Titles:
Aiding and Abetting, by Muriel Spark
The Bell, by Iris Murdoch
Consequences, by EM Delafield
The Dark Tide, by Vera Brittain
Elizabeth I, by Margaret George
The Fortnight in September, by RC Sherriff
Great Granny Webster, by Caroline Blackwood
A House in the Country, by Jocelyn Playfair
The Infernal World of Branwell Bronte, by Daphne Du Maurier
Joy in the Morning, by Betty Smith
The King's Mistresses, by Elizabeth Goldsmith
The Legacy, by Katherine Webb
Memento Mori, by Muriel Spark
The New York Stories of Edith Wharton
Our Spoons Came From Woolworths, by Barbara Comyns
Peking Picnic, by Ann Bridge
Q's Legacy, by Helene Hanff
Rule Brittania, by Daphne Du Maurier
Shadow of the Moon, by MM Kaye
Territorial Rights, by Muriel Spark
The Unseen, by Katherine Webb
The Vet's Daughter, by Barbara Comyns
The Weather in the Streets, by Rosamond Lehmann
X
Young Entry, by Molly Keane
Zoe, by Geraldine Jewsbury